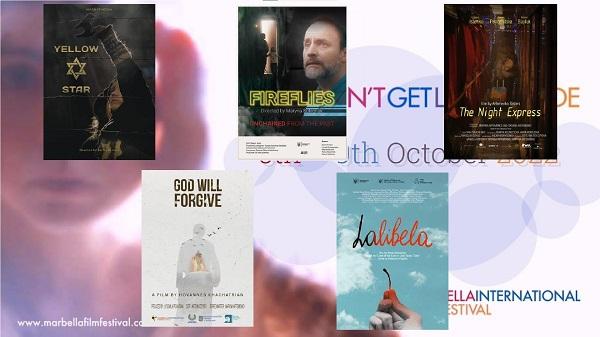 Yellow Star:1941. A small Ukrainian town occupied by German troops, A Jewish family who are living in the Ghetto, learns about a Nazi-planned operation to send children from the Ghetto to a concentration camp.--------------Fireflies:Oleksiy never really felt connected or loved to his own mom. But suddenly he has an opportunity to find out all the reasons why, a car accident gives him a chance to relive his childhood fears, and to find a way out from a dark house where he once stayed alone with his father, and finally he has the strength to forgive.----------------The Night Express:On a New Year's Eve journalist Tanya is setting on a train by her friend, for this removing another passenger. Friend says that Tanya is a surgeon and she's having an important surgery tomorrow. Drunk lawyer Tolya sit down in the same compartment. Train brakes, suitcase puts down and cuts off Tolya's finger. Now Tanya as a surgeon must save Tolya's life.------------------God Will Forgive:A Ukrainian priest, a chaplain, goes to the anti-terrorist operation zone with the military on a rotation to atone for his own guilt - he could not transgress and forgive the sins of a man who went to war because this man once killed a chaplain's loved one.-----------------Lalibela: On the eve of Easter, an icon depicting the Ethiopian Mother of God enters a Ukrainian village. This caus